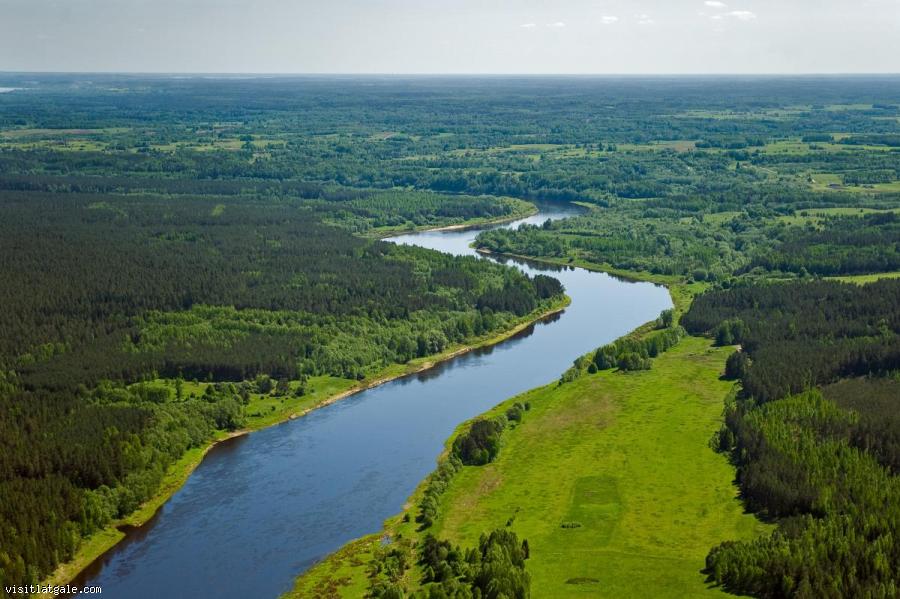 Daugavas Loki Nature Park was created to preserve the unique natural complexes, natural, cultural and historical values and little transformed landscapes of the ancient valley of the Daugava on the site of Naujene to Kraslava. The bends of the ancient valley of the Daugava are considered to be the oldest geological formations in Latvia. The Daugavas Loki nature park as part of Augsdaugava protected landscapes area was recognized as the NATURA 2000 territory in 2004, but in 2011 this park was included in the Latvian National UNESCO World Heritage List. The River Daugava is a structural axis for the nature park, forming a picturesque bends. There are picturesque landscapes from the banks of the river. Since ancient times the River Daugava was the main element of the development of this area - water trade route. Castles and villages were built on the banks of the river. An ancient but eternally young Daugava with its apparent calm watercourse had been conducting a titanic effort, for thousands years creating a unique valley that produces an unforgettable impression on each traveler.

There are 23 known archaelogical monuments in the territory of the park including Vecpils and Markovas castle mounds, medieval settlement of Slutiski, Vasargeliski observation tower, Slutiski ethnographic village of old-believers etc.